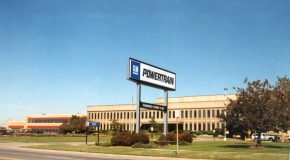 Tonawanda Engine remains one of Western New York’s historical industrial landmarks. In June 1937, natural resources like the Niagara River and long-term growth potential were selling points prompting GM to choose Tonawanda for its next motor and axle plant. GM selected a 156-acre parcel bordering the Niagara River, and constructed a 774,000 sq. ft. building capable of producing 900,000 motors and front and rear axles annually.

Fast forward 75-plus years. The site has grown to a 190 acre, 3.1 million sq. ft. engine manufacturing facility, supplying parts not only to GM plants in North America, but a global market including China. Since its start of production in 1938, it has produced over 70 million engines, not counting its World War II and Korean War efforts in building Pratt & Whitney aircraft engines. Today the plant builds over 2,500 engines per day, including the engines that power two of J.D. Power’s top-rated vehicles, the Cadillac ATS and the Chevrolet Corvette.

As a global manufacturer producing over 9.5 million vehicles in 24 countries, GM has engrained a deep-rooted interest in long-term sustainability for all of its manufacturing and administrative locations worldwide. In 2010, GM commonized its sustainability efforts and began deployment of the company’s 2020 sustainability commitments globally.

Since Tonawanda Engine formalized environmental efforts in 1999 by attaining and achieving ISO14001 certification, it has built on those beginnings and supplemented its local strategy to incorporate GM’s global sustainability commitments into a wide variety of site initiatives. Tonawanda incorporates its environmental goals into its annual and long term plans, from staff-level sitewide targets through employee-level work instructions.

The team also enhanced its involvement with a variety of local educational institutions and agencies to raise environmental awareness and engagement in the community.

• Being the 2nd GM plant worldwide to achieve landfill-free status
• Meeting the U.S. Environmental Protection Agency ENERGY STAR® Challenge for Industry by reducing energy usage by over 30 percent
• Engaging the community through GM GREEN (Global Rivers Environmental Education Network), including partnering with local schools for water quality sampling and study trips on Lake Erie
• Rehabilitating GM’s foundry area as a wildlife habitat area with participation from local schools to help reforest with seedlings and nurture native species of vegetation, attracting migratory birds and other wildlife
• Hosting annual recycling drives and programs both inside the facility and with the local community. To date, these efforts have recycled over 650 tons of paper, 12,500 tons of metal, 23.4 tons of oil and 30 tons of household electronics and fluorescent lamps, and through its waste to energy initiative has saved enough to heat over 24,000 homes for a year.
• Installing electric vehicle charging stations in employee parking lots
• Partnering with utility suppliers and energy conservation agencies to develop and implement projects focused at reducing annual operating dependencies on gas, water and electricity
• Developing and implementing bio-retention areas that eliminated one site outfall to international waters and reduced flow of a second outfall by 50 percent

Keeping focused on the future, Tonawanda continues to look for economic opportunities to implement the use of renewable energy sources, while investigating how to further improve upon its recycling efforts, carbon footprint, and energy and water consumption. 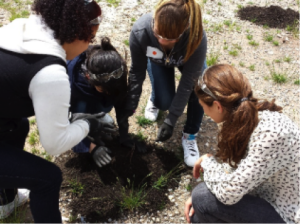